Journalist focused on design, technology, and the environment.

The 2021 Chicago Architecture Biennial builds on the research of this year’s artistic director, David Brown, who believes small-scale interventions can have a huge impact in neglected neighborhoods.
Dwell Link to Story

On a mild Friday in early May, Ted Wolff took a personal day and drove to the Ballard Nature Center in Altamont, Illinois, to catch a glimpse of Lewis’s woodpecker, a nearly foot-long, pink- and white-breasted bird native to the western United States. Along with two other Chicago birders, Wolff, the garrulous, white-bearded principal of Wolff Landscape Architecture, was on a “twitch,” an English expression for pursuing a bird in a geographic area where it is rarely seen.
Landscape Architecture Magazine Link to Story

Brain Implants Will Arrive Sooner Than You Think. What Does That Mean?

Picture this: It’s June 11, 2046 and a young designer, Vance, wakes up and puts on an earpiece called Eva. The device, a brain-computer interface (BCI) of the future, decodes neural signals in his brain. Using only his thoughts, he asks the device to report his daily notifications and 13 new “thought messages” appear on his phone.
Built In Link to Story

Could Virtual Reality Be a Remedy for Pain?

The design team behind Flowly, a therapeutic VR and biofeedback app, suggests the answer is “yes.”. So does a growing body of medical literature. Nearly a decade ago, 77 psychology students from the University of Barcelona participated in an intriguing study of a virtual reality intervention to manage pain.
Built In Link to Story

In a city known for its blight, Detroit’s 66,000 empty parcels are now being seen as places for private investors and ordinary citizens to experiment with green infrastructure, urban farming, reforestation, and….
Green Building & Design Link to Story

How NFT Design Is Continuing to Grow

Holzapfel, the founder of the digital marketing agency conceptbakery and author of several nonfiction books on guerrilla marketing and digital media, thought it was a fabulous idea. He reached out to Australian digital and crypto artist Nate Hill about the possibility of using Hill’s tunneling, black-and-white “Back to our World” piece as the cover of an exclusive NFT package containing the cover artwork, a paperback and an e-book with a personalized dedication.
Built In Link to Story

There may be days you dread going to the office. Your 8-by-10-foot cubicle is starting to feel cramped. Your Instagram filters all look beige, and no matter how you adjust your lumbar support, your neck feels like that of a sick crane’s. Scenes from Office Space seem achingly poignant, not for their satirical bite, but their verisimilitude.
Fast Company Link to Story

Dating During COVID: How Dating Apps Evolved in the Age of Social Distancing

Are users still looking for romance and long-term commitment? But many just want an escape. Back in March, Vincent, a commercial real estate broker in his early forties, was dating a woman who grew up in France and had a passion for music. They met on a dating app, and had only been on a few dates when the coronavirus reached New York and Vincent (not his real name) decided to leave his Gramercy Park apartment to go to his family’s beach house in Delaware.
Built In Link to Story

How Human Can You Make a Chatbot? You’d Be Surprised.

Meet the five-time winner of the Loebner Prize Turing Test — an annual search for the world’s most human-like chatbot. Where would I get it? But I do have an answer to every question. Here in Leeds it is quite overcast. I think it will rain later. The only word on my street is the words BUS STOP painted on the road.
Built In Link to Story

Voice-to-text is far less accurate for Black speakers. Fixing that requires a deeper look at training set representation. When you ask Siri a question or request a song through Alexa, you’re using automated speech recognition software. But uses of that technology go far beyond consumer electronics.
Built In Link to Story

Why Waymo Is Pouring Money Into Its Driverless Car UX Design

Edward Niedermeyer stood at the curb of a neighborhood park in Chandler, Arizona, and watched as a driverless Chrysler Pacifica minivan rolled to a stop. The former journalist and auto-industry critic, who is now the communications director for the Partners for Automated Vehicle Education, was on assignment for TechCrunch.
Built In Link to Story

THE ROAD TO EVIDENCE

This past summer, Fred Foote met me in front of Naval Support Activity Bethesda, the home of Walter Reed National Military Medical Center, in a Maryland suburb of Washington, D.C. We set out for an early look at the Green Road, a half-mile path and a 1.7-acre woodland garden being built along the banks of a stream that winds through the sprawling campus.
Landscape Architecture Magazine Link to Story
View More Stories

Jeff Link is an award-winning journalist and graduate of the Iowa Writers' Workshop. He tells humanly drawn stories about the ways in which design and technology affect people, places and the environment. His work has appeared in Fast Company, Architect, Built In, Green Building & Design, Landscape Architecture Magazine, and Keep Growing, among other publications. His story "Lethal Glass Landscapes" earned a 2021 Jesse H. Neal Award for Best Single Article, and his 2013 story "Grown in Detroit" was selected as a finalist for a Folio Eddie Award in the Single Article category.

Jeff’s expertise as a storyteller draws on former experiences writing and editing in several professional settings. Most recently, as a staff reporter for the tech website Built In, he covered user experience and design. His stories included interviews with current or former design leaders at Facebook, Amazon, Tinder, Square, Slack, Waymo, Spotify, Adobe, InVision, Uber, GitHub, DropBox and Dribbble. Many of these stories were widely shared on social media channels, and reached upwards of 30,000 unique page views per month.

Prior to that, as a development officer for the Chicago Botanic Garden, Jeff prepared grant proposals for prospective partners whose funding provided support and training to BIPOC youth and adults in fields such as urban agriculture, plant conservation, and climate science. His work helped secure or sustain annual funding of more than $400,000 from corporate donors, such as HSBC, Walgreens, and Kraft Foods; foundations such as the Chicago Community Trust, Leo S. Guthman Fund and the Stanley Smith Horticultural Trust; and government agencies, including the Illinois State Library and United States Department of Agriculture.

As NTI Upstream’s senior editor, Jeff directed the nonfiction publishing division. This included managing title acquisition, maintaining the editorial tone and appearance of the company's print and online materials, executing strategic branding campaigns, and envisioning the voice of the firm across a variety of digital platforms. Books under his editorial direction were featured in the "New York Times" and “Wall Street Journal,” on NPR's "Weekend Edition," and in numerous televised broadcasts.

Earlier in his career, Jeff taught rhetoric and composition in DePaul University’s First-Year Writing Program and creative writing at The University of Iowa. He began his career as a journalist for Suburban News Publications. 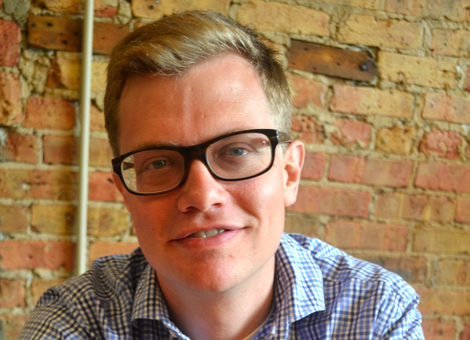